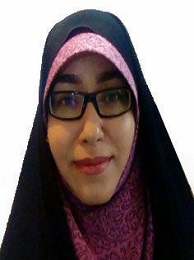 Thesis Abstract:
For modeling software in the design phase a modeling language is required. Using general-purpose modeling languages such as UML, for modeling software systems in a particular domain, causes several problems, slow development process, more effort for modeling, more time and cost for learning domain knowledge, to name a few. Using domain-specific modeling languages is a solution to minimize such problems. Designing a domain-specific modeling language brings out a common language for modeling software systems in that specific domain. This research aims to design a modeling language for developing multi-agent systems for Emergency Response Environments (EREs). Hence, the focus is on both multi-agent and ERE domains. To limit the work, only the response phase of EREs is considered. There exist four steps in the process of this research. First, a modeling language, called ERE-ML, is designed for modeling EREs. Second, a tool, which is also called ERE-ML, is developed to be used by the designers for modeling EREs. Then, the model that is created by the tool is automatically transformed into code. Third, a framework for modeling EREs is introduced. Fourth, the model generated by ERE-ML tool is changed automatically into JADE code, based on the proposed framework. In order to evaluate this research, two case studies are conducted. The Victoria fire disaster, and the Fukushima nuclear accident are modeled using the proposed tool, and the models are automatically transformed into code. These case studies show that using ERE-ML modeling language for modeling the response phase of EREs is easy and there is no need for developers to learn about domain knowledge. In addition, the abstraction level and the speed of development are increased, and comparing to general-purpose languages like UML, the designer is closer to the domain-specific concepts.